Highlights: Done with the desert!; Some amazing views of the higher ground to come; Now hiking with a group; Lone Pine is incredible.

Lowlights: Lots of mosquitos in some places; Acclimatizing to 10,000+ elevation.

This is going to be a pretty short post because it only covers three days, but the next five or six days figure to be pretty adventure-laden, as my group (hopefully) tackles both the highest mountain in the continental United States (Mt Whitney, at 14,508 ft or 4,417 m) and the highest point on the PCT (Forester Pass, at 13,123 ft or 4,009 m – Whitney is not actually on the PCT). Anyway, that post is going to be pretty hefty, so wanted to cover off these three days separately.

We set off from Kennedy Meadows around noon on Day 47. It’s about 45 miles from KM to Lone Pine, which could be done in two full days, but we decided to do it in two half days and one full day, so we aimed for a large meadow 15 miles ahead on this day. In addition to the four guys I mentioned in my last post, we’ve added a fifth guy: Sebastian, who comes from near Bitburg in Germany, so we are now officially an international group.

Kennedy Meadows sits at around 6,000 feet, very much in a transition zone between a desert climate and an alpine climate: small cacti are intermixed with pine and fir trees, and the meadows are mostly sage brush rather than grasses.

Over the next 15 miles, we ascended up the South Kern drainage to about 8,000 feet, where we reached Monache Meadow, a beautiful open meadow with clear views out to the high country, and that finally felt more alpine than desert. After a month and a half of various shades of desert (with mountains interspersed), our entire group was grinning ear to ear when the trees opened up. 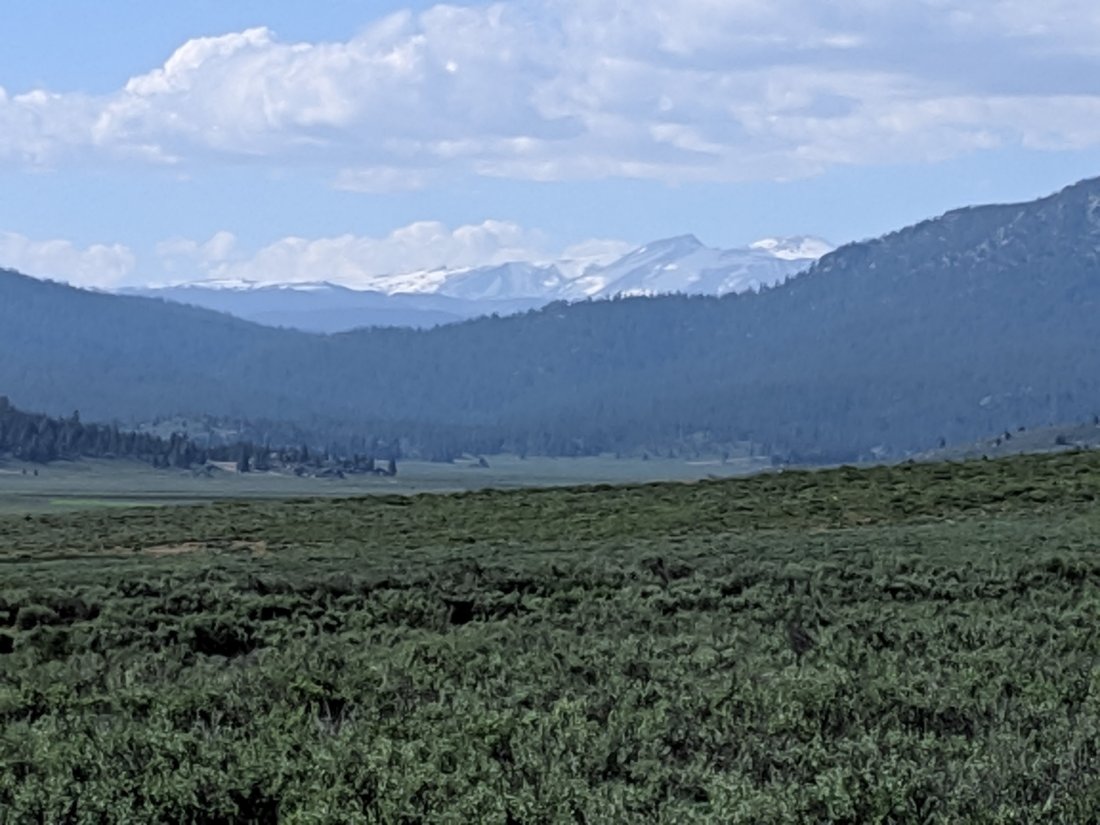 Snazzy was especially jazzed, and started prancing around singing “The hills are alive with the sound of music”. Usually I’d be the one doing that, so it’s awesome to get that kind of raw glee from the rest of the group.

We camped on a sandy bank along the South Kern, which was probably one of the top three most beautiful campsites of the trip. 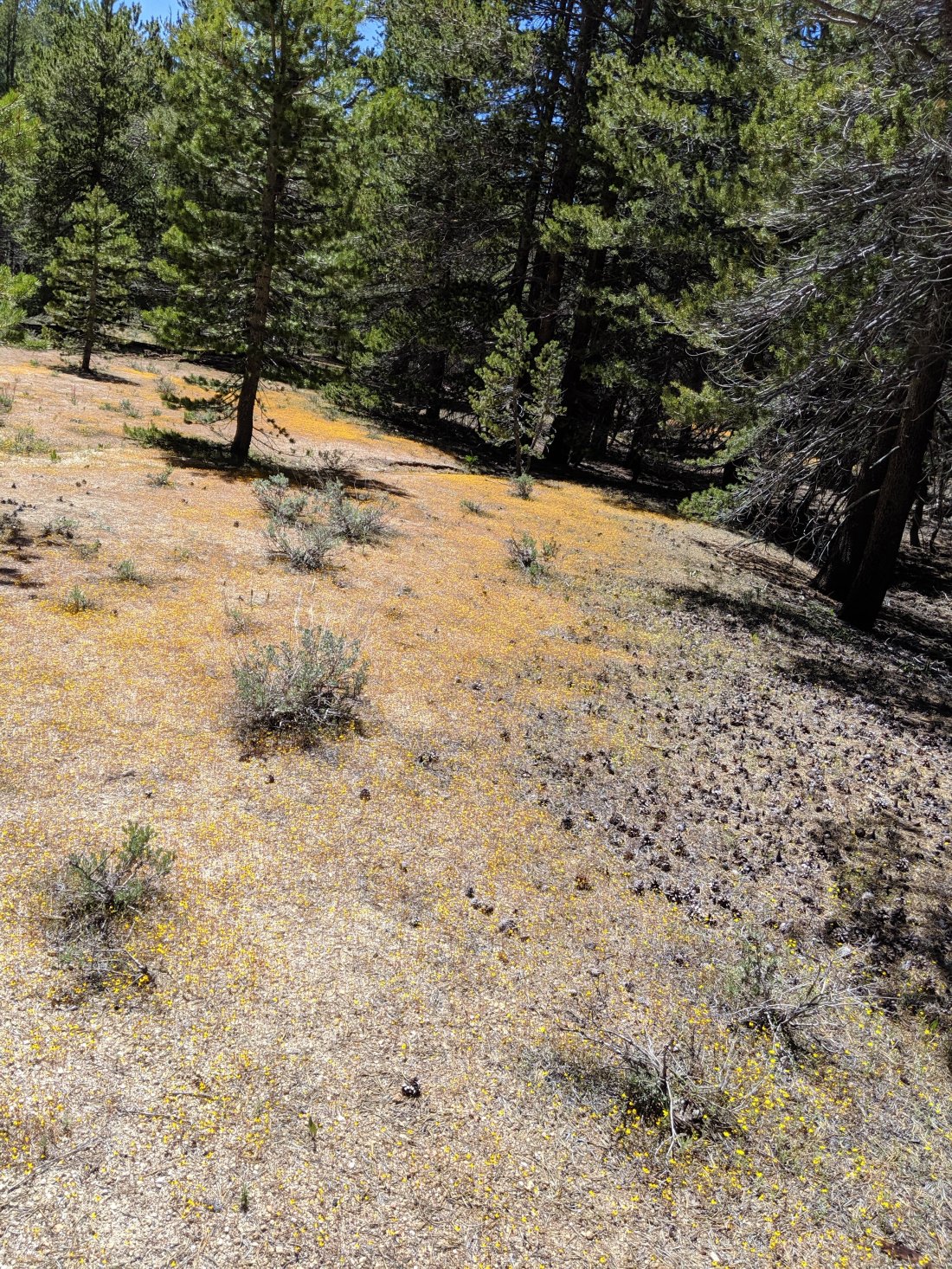 All the climbing at altitude was pretty tough, and I’m not fully acclimated to the altitude yet. Still though, we were only 4,000 feet shy of the top of Whitney, so I’m confident that I’ll get there soon.

After 23 climby miles, we camped in a flat wooded area at around 10,500 feet. It was near a marsh, so the mosquitos were pretty gnarly. All the bites, plus the altitude, meant I didn’t sleep too well that night.

The next morning, we hiked another five miles to a pass in the crest, and then down a couple miles to Horseshoe Meadows. From there we grabbed a hitch down into Lone Pine.

We got a ride down to Lone Pine from a local trail angel who spends all day shuttling hikers between town and the trail. Lone Pine is at about 3,000 feet, and the trailhead probably 9,000 feet, so the road descended about 6,000 feet of the steep eastern Sierra escarpment in around 20 miles. Probably the most incredible road I’ve been on. I didn’t actually take any pictures, but here’s one from the internet.

We spent the rest of the day in Lone Pine, which is an incredible little town at the foot of Mt Whitney. Our driver described it as the opposite of Tehachapi: it has everything a hiker needs, and all within a few blocks, whereas Tehachapi had a useless Big 5, and it was a mile from where we stayed.

I think Lone Pine may be my favorite trail town so far. Being at the foot of the high Sierras, it’s very outdoor-oriented and so is very hiker-friendly, but also doesn’t feel like it revolves around hikers, in the way that Kennedy Meadows is not a real place outside of hiker season.

The views from town are tremendous. Directly to the east are the White Mountains, which would already make this town beautiful.

Unfortunately for the notariety of the White Mountains, the Sierras lie directly to the west and are exceedingly epic. 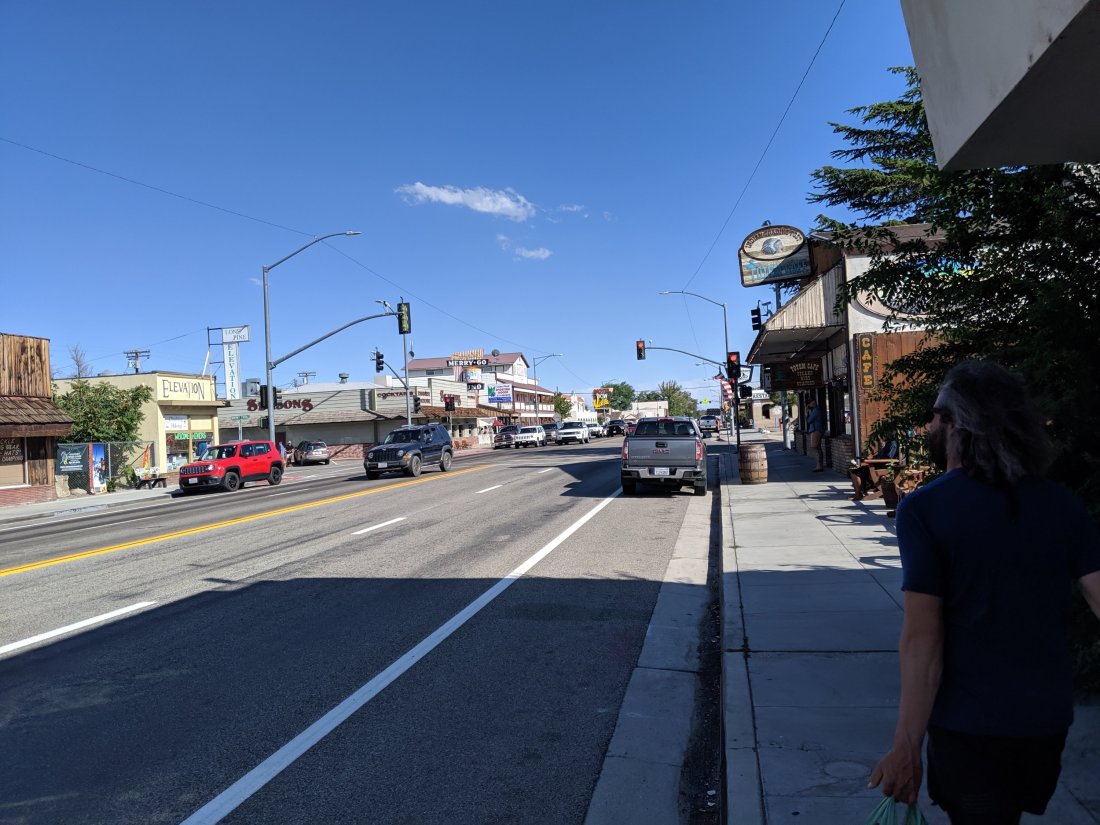 We spent most of the day drinking beers, sitting by the hotel pool, getting tacos from a taco truck, and sussing out the conditions for the coming days. It sounds like it’s been warm lately, so there’s a lot less snow day by day. From talking to other hikers on social media, it sounds like we’ll be fine in the snow, so long as we take our time and make good decisions.

I think we’re all really really stoked to get up there and give it a go. Hopefully the next time you hear from me will be a picture from the top of Mt Whitney, which has service (though I highly doubt I’ll write a blog post while I’m up there). There’s an adventure out there, and I’m about to seize it. Skål!